The 4th biennial international conference “Sustainable Multilingualism”, which was organized by IFL on 26-27 May 2017 (11th conference of the Lithuanian Language Teachers’ Association, with VMU as one of its founders) rallied over one hundred of researchers and language teaching professionals from over twenty countries of the world for discussion on individual plurilingualism and societal multilingualism in higher education. This year’s conference was exceptional in its focus on language preservation, linguistic human rights, minority language teaching and learning, challenges for culture and identity and continuing discussions on major issues in higher education language policy and language education in multilingual and multicultural learning space.

The conference was honored by world famous researchers and fighters for linguistic human rights – prof. ROBERT PHILLIPSON – the author of books on linguistic imperialism, challenges for language policy and language, who gave a plenary presentation “Linguistic challenges in global and regional integration” and prof. TOVE SKUTNABB-KANGAS – researcher into linguistic human rights, linguistic genocide and crimes against humanity in the education of Indigenous/ tribal/ minority/ minoritised children, linguicism (linguistically argued racism), mother-tongue-based multilingual education, linguistic imperialism and the subtractive spread of English, support for endangered languages, and the relationship between biodiversity and linguistic diversity. She gave a plenary presentation “Linguistic diversity, language rights and language ecology.”

President of the European Language Council / Conseil europeen pour les langues (CEL/ELC) MANUEL CÉLIO CONCEIÇÃO, professor of French linguistics at the University of Algarve, Portugal, researcher in language policy, intercultural communication, multilingualism in higher education, terminology and professional communication in the area of language studies and literature gave a plenary presentation “Higher Education Linguistic Landscape and Societal Challenges: Sustainable Perspectives for Real Evidences”. President of International Association of Multilingualism (IAM) and the General Editor of the International Journal of Bilingual Education and Bilingualism, JEAN-MARC DEWAELE, professor of Applied Linguistics and Multilingualism at Birkbeck College, University of London, United Kingdom, discussed the development of sociopragmatic and sociocultural competence as well as the effect of emotional acculturation to a new language and culture in his plenary speech “Communicating Emotions in a Foreign Language”.

Research findings on various topics were presented and discussed in parallel sessions: migration and language policy, bilingualism and multilingualism, issues in language policy in Ukraine, Hungary, Spain, Slovenia, Bangladesh and India; language education in multilingual and multicultural space in Lithuania, issues in minority language teaching/ learning and less wisely taught and spoken languages such as Valencian, Welsh, language of Hungarian minority in Ukraine, Lithuanian as a foreign language, use of Samogitian dialect for preservation of identity, hybridity and belonging to Greek Cypriot community in London. Language teacher education problems were also discussed by presenters from Trinidad and Tobago, Turkey, Sweden and Lithuania, as well as development of plurilingual competence in formal, non-formal and informal ways, issues of translation in multilingual environment. Problems of the use of various languages in literary texts were analyzed from a historical perspective, multilingualism in European literature, languages and literatures in Scotland were presented. Parallel sessions were held in Lithuanian, French, German and English languages.

The highest outcome of the conference, though, was expressed not in numbers but in the synergy which was sparked when the issue of multilingualism was viewed from different perspectives by presenters from various cultures, sharing their experience and ideas, attitudes and solutions to problems, expanding the networks of like-minded people, foreseeing common future research and projects. It is the joy of communication that is the highest value such events as international conferences can bring about. 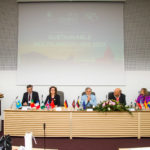 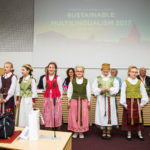 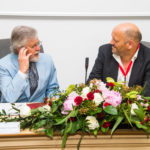 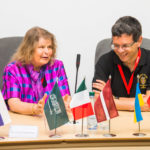 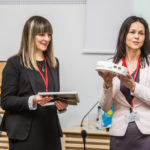 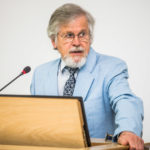 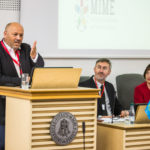 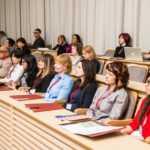 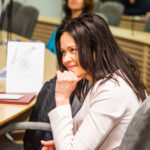 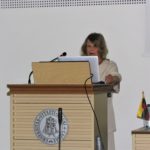 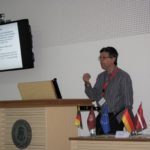 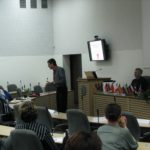