On the 14th of September VMU Nordic culture club “Nordi” organized a picnic on Nemunas island and afterwards invited everybody to watch a Norwegian film “Bølgen” (“The Wave”). The chosen day was perfect since we all had few lectures and the weather was fantastic! Bright sun raised our spirits and encouraged the members to get to know each other, which was the main aim of our gathering. Just like all northerners Lithuanians are rather reserved people, therefore, the standard form of introducing yourself in front of others would not suit us. That is why the president of our club Dominyka prepared an amusing game called “The Clock”. Each of us were given a sheet of paper on which we drew a clock and marked names of participating people next to the hours. The sound of the whistle meant that it was time to start talking to another person on the announced topic. Chatting to another person erases the fear of public speaking and introducing yourself becomes less trite. Thus, we “broke the ice” and enjoyed the snacks while chatting all together.

We are also glad to have exchange students in our club! A student from Germany and real northerner from Finland participated in our picnic. Elsbet, the new VMU lecturer from Norway was also invited to the gathering. She uses a variety of different methods when teaching Norwegian language. Therefore, during the lectures we mostly listen and practice speaking Norwegian ourselves. The lecturer mentioned that back in Norway she used to take her students to cafes, museums and other places where they practice new words in Norwegian on the spot which helps to learn the language more effectively. We felt fascinated by this idea and invited Elsbet to our picnic on Nemunas island. She immediately agreed to participate.

During the picnic we received a lot of questions about our club. The truth is that it was established a few years ago. However, the former members gradually stopped participating until the club ceased to exist completely. Therefore, back in the spring our Norwegian lecturer Jolita encouraged us to start the club back on and we supported this idea by reviving the Nordic culture club. Thus, we hope that our new members will be enthusiastic and keep this club alive for years to come! 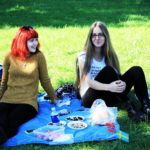 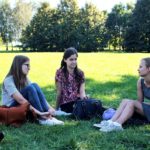 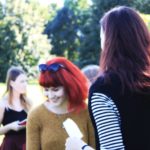 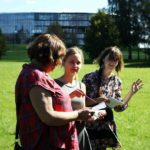 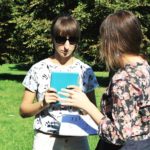 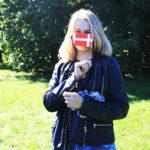 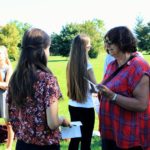 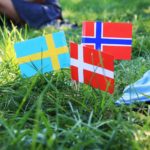 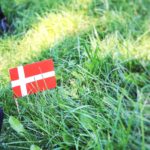 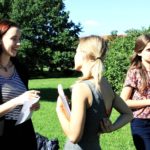 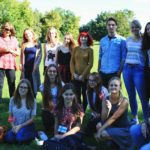 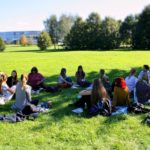 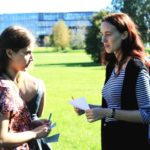 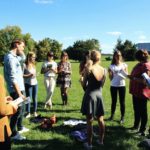